Cordyceps mushroom bodies are rich in beta-glucans, which are the most powerful immune modulator known to mankind. Research has proved that Cordyceps militaris bodies are made up of upto 35% beta-glucans. Apart from beta-glucans, Cordyceps militaris in his final stage of growth of forming and dispersing its spores, develops very unique and powerful compounds such as cordycepin, adenosine, cordymin, ergosterol, vitamin B12, etc. in its fruitbody which have a series of other benefits apart from immune-modulating effects observed from beta-glucans.

Now, beta-glucans are also found in oats, barley and yeast, but are in very less amount compared to mushrooms. Mushroom cells are made mostly of chitin, beta-glucans and other components that are trapped inside the fungal cell walls and do not break-free easily to release essential micro-nutrients, hence it may not benefit you as much and you may not feel any therapeutic effect after consuming raw. That is why mushrooms should be cooked well before consumption. Cooking helps in breaking chitin and free up beta-glucans and other important compounds from fungal cells. Now the free beta-glucans who are not digestible in our stomachs after eating sit there until moved in the smaller intestines where they get absorbed by Enterocytes or intestinal absorptive cells which are simple columnar epithelial cells which line the inner surface of the small intestine. Enterocytes facilitate the transportation of β(1,3)-glucans and similar compounds across the intestinal cell wall into the lymph where they begin to interact with macrophages to activate the immune function. It takes upto 72-hours for beta-glucans to spread to all parts of our body and immune system cells for it to start its therapeutic effects.

So to summarize, there are a variety of medicinal compounds present in the Cordyceps which perform various different functions in the body depending on their absorption, bioavailability, and decomposition. Cordycepin and adenosine which are mainly responsible for energy and performance start acting as soon as you consume Cordyceps. However, the medicinal effects such as regulating cholesterol, blood pressure and sugar levels, etc. after two weeks of regular use as beta-glucans which are the main medicinal components takes at least three days to spread in every part of the body after consumption. 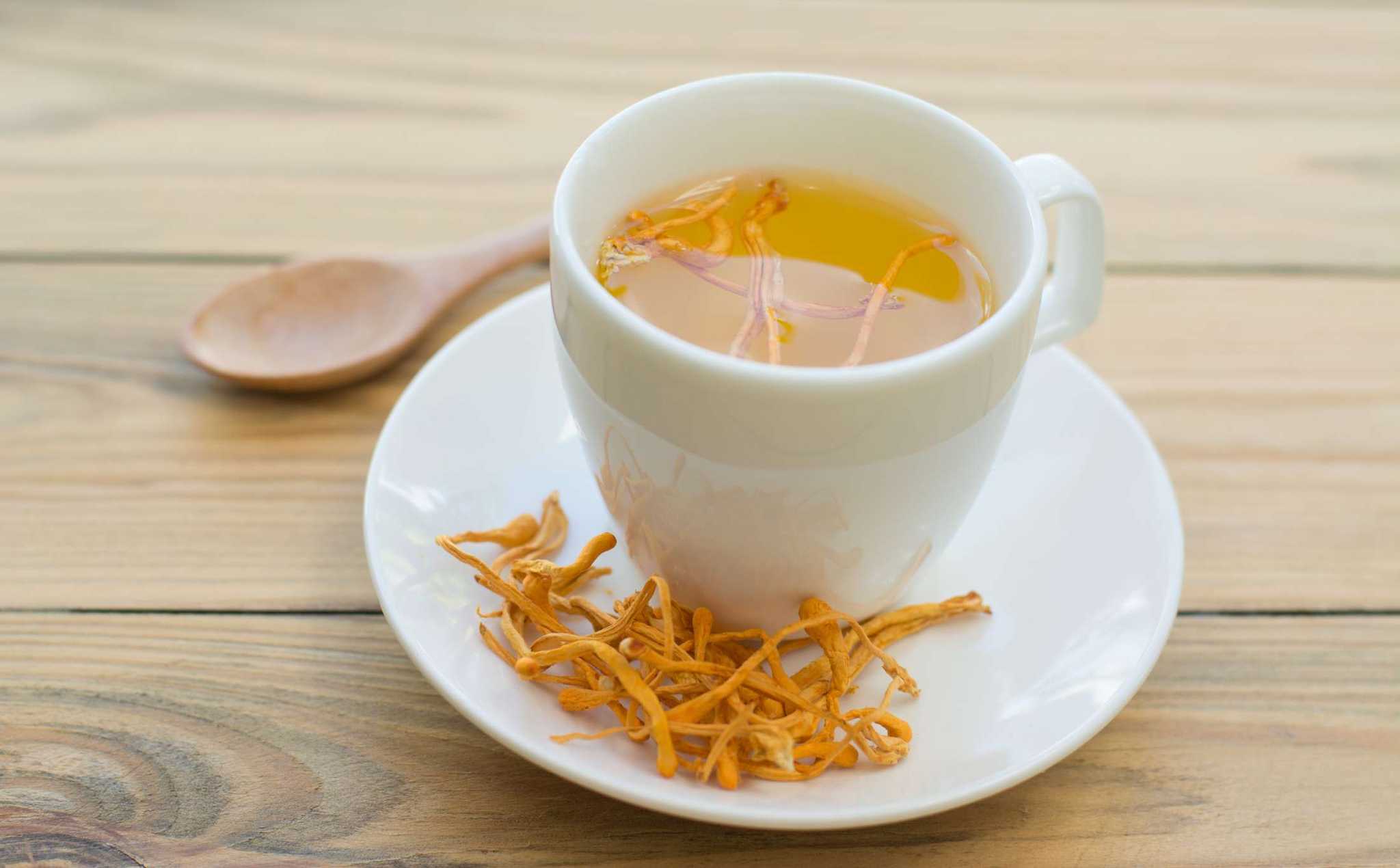 Drinking mushroom tea is one of the most traditional and old method of consuming Cordyceps and other mushrooms. Now, mushrooms have varying textures from gelly and spongy like Wood Ear to woody as in the case of Ganoderma mushrooms. So to extract out the essential compounds, the boiling time and even heating temperature vary with the mushroom type and illness. Ancient Chinese used to prepare mushroom extracts of Cordyceps at various temperatures and liquid bases for different illnesses and problems. For example, the Cordyceps sinensis (O.Sinensis) wild species have a harder texture than the C.militaris species, and that is why if you want to extract all the essential components out of Sinensis into the tea, they need to be boiled at medium heat for 45 minutes whereas research says that C.militaris need only 15 minutes to release its water-soluble components. Cordyceps tea is an excellent way of getting these immuno-modulatory substances which can be taken daily as morning and evening tea with and without meals, also you can use the Cordyceps fruit bodies in soups and eat them raw. Cordyceps tea can also be stored for later use in a glass container, without losing the effectiveness of the essential compounds. Taking Cordyceps as tea also has another advantage that of higher bio-availability and faster absorption of biomolecules in the body. Check our Cordyceps tea recipe below. 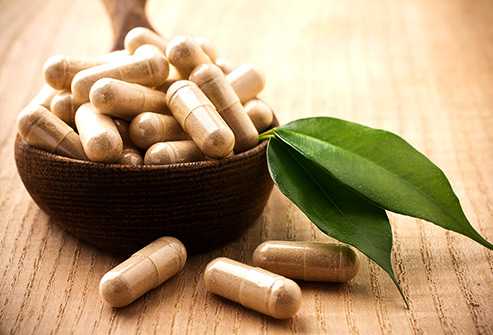 A lot of fresh mushroom fruit bodies including Cordyceps can have upto 90% water content, which makes it hard to calculate the effective quantity and dose. So even the scientific literature recommends taking dried and powdered mushrooms by the teaspoon. Cordyceps can be dried and placed in “00” capsules, in which the average amount of powdered mushroom/capsule is about 400 mg. So taking upto 2 capsules morning and evening for mild to moderate immune support and 2-3 capsules 3 times a day for specific immune-suppressed conditions is generally recommended. However, simply putting powdered Cordyceps into capsules may not be as effective because of the unavailability of trapped biomolecules in fungal cell walls of chitin due to untreated cordyceps bodies with hot water. So, another method which is the most effective way of making Cordyceps capsules is used in which hot water extract of Cordyceps is dried and powdered and encapsulated. Hot-water extract capsules contain most water-soluble polysaccharides (total glucan including beta-glucans) apart from other specific compounds like triterpenes, ergosterols, cordycepin and trace elements in pure form. Each “00” capsule may have upto, 100 mg beta-glucan, so two capsules per day will be enough to keep you away from diseases and provide a bulletproof immune system. And, if you are suffering from some illness or infections, then doubling the dose will be meaningful for you to boost or support your immune system to fight external and internal health problems. Want to calculate a daily dose for yourself. 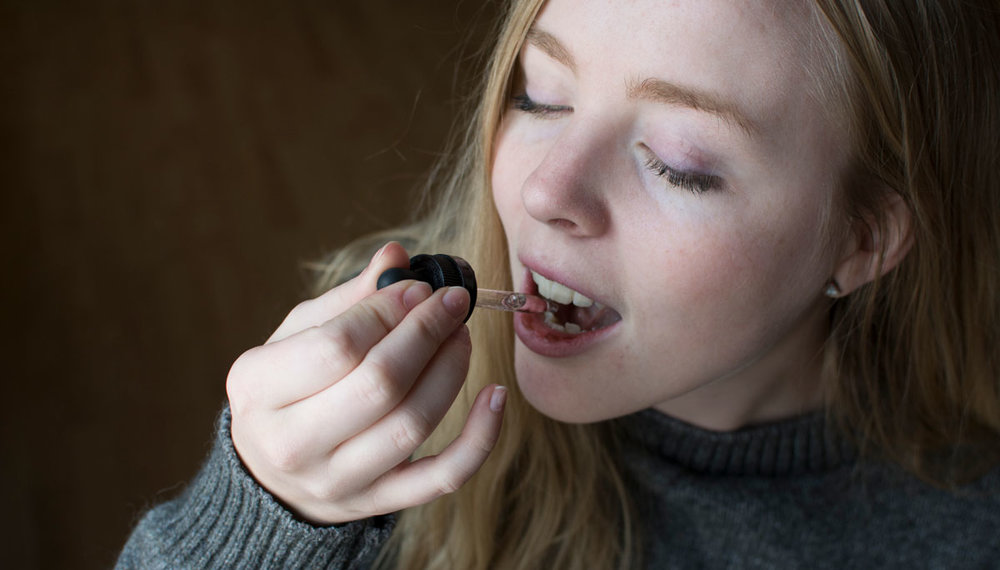 A tincture is one of the top ways of taking all Mushroom and Herbal medicines. Tinctures utilize a double extraction process to extract both water-soluble polysaccharides and alcohol soluble antioxidants for wholesome benefits. Although several tincture recipes are followed but the research says that extraction at 60% alcohol and keeping it over a month takes out all the immune-activating and anti-tumor polysaccharides, as well as the protein-bound polysaccharides and will be more tonifying than the original alcoholic preparation. Simmering the herb in water may soften and break down cell walls, releasing immune-strengthening high molecular-weight polysaccharides.

It is best to take any tonic herbs, such as medicinal mushrooms, for at least three months, up to nine months. This is a general course for any “constitutional remedy” taken for its general tonic and strengthening effects. You can take 1-2 droppers (1-2ml 1:3 double extract) full of the Cordyceps tincture morning and evening in a little water or ginger tea as a good average dose. 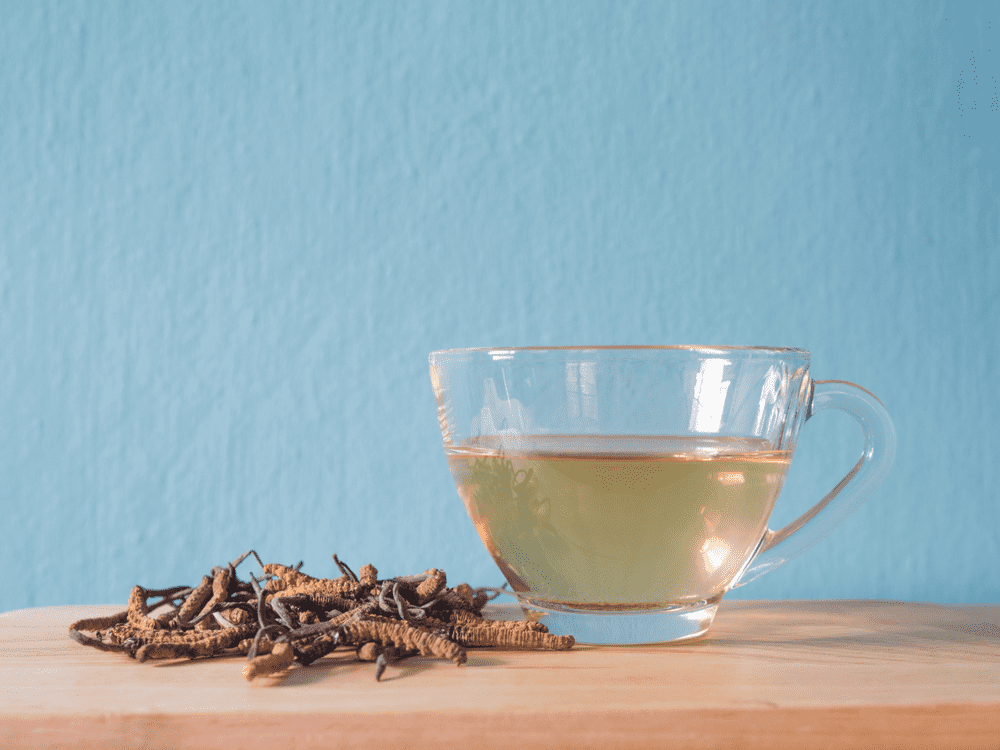 Cordyceps hot-water extract is the best way for people taking workout supplements or breathing exercises. It is easy to go already water extracted Cordyceps concentrate, which can be directly put into your tea, coffee, juices, and shakes. The hot-water extract is prepared by simmering Cordyceps at various temperatures for hours to bring out all water-soluble components, then the liquid supernatant is heated at low flame until a thick paste is achieved, which can be stored in a glass bottle for a couple of years as a medicine in the kitchen. Also, this extract can be further freeze-dried and be made into capsules for direct impact as mentioned also above in hot-water extract capsules. Cordyceps hot-water extract gives it a direct advantage over other forms of taking cordyceps, as it can be consumed at point without any further treatment for getting the full benefits and also blends with everything you eat and turns it into a superfood. 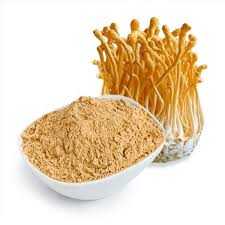